CFast cards are growing in popularity. More and more devices are beginning to accept them due to their remarkable performance. Even so, they’re not immune to data loss. At a moment’s notice, all your saved photos and videos can disappear due to one sudden action.

Thankfully, there are options available for you to get your precious data back. Read on to find out how you can quickly and easily recover CFast card data.

What Is a CFast Card

CompactFast, also known as CFast, is a type of CompactFlash (CF) card used as a compact storage device. It differs from CF card versions before it by using a Serial ATA (SATA) interface instead of Parallel ATA/IDE (PATA). The benefit of SATA is faster read-write speeds, as SATA2 performs at 300 MB/s while PATA can only perform at 167 MB/s with UDMA 7. Newer models can perform even better using a SATA3 interface.

CFast card speeds are superior when compared to SD cards, but only in performance. They are still very expensive seeing as they’re not as widely used in the average consumer device. Despite the SATA2 speeds outperforming even a V90 SD card, the price and limited compatibility mean CFast cards are primarily sought out by enthusiasts and professionals who need better performance.

How to Recover Data From a CFast Card

CFast cards are just as susceptible to data loss as other forms of compact storage. If you’ve lost data from them, such as photos, you can still get them back using specialized data recovery software such as Disk Drill Data Recovery. Your data is at risk until it is recovered, so you must act quickly in order to restore it.

When CFast card recovery is complete, check the destination folder you specified for all of your data. If you forgot to recover a file, you can open up Disk Drill and access the initial scan session to avoid needing to scan the whole card again.

Data loss can strike at any moment, even if you take the utmost care of your CFast card. However, this isn’t to say that you shouldn’t be aware of common data loss causes so that you can decrease your chances of encountering them. Here are a few:

Of course, the best way to avoid data loss from a CFast memory card is by backing it up regularly. Having a copy of your data on-hand will reduce time spent on CFast card data recovery.

In any instances where your photos disappeared from an SD card or CFast card, act quickly to recover them. Restoring the data from a saved backup is the quickest way. If you don’t have a backup, use a data recovery tool such as Disk Drill to scan the CFast card and recover any lost or deleted data.

Going forward, avoid data loss from your CFast card by backing it up regularly. Furthermore, ensure you are taking every precaution to avoid data loss due to corruption by safely ejecting the card every time you are going to remove it.

( 0 votes )
Be the first to rate this article
RELATED ARTICLES 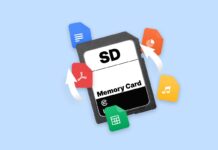 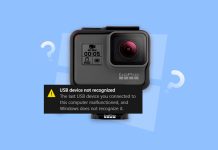 GoPro Is Not Showing Up on PC: How to Fix and Recover Files 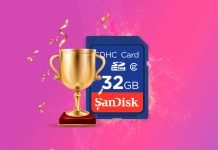 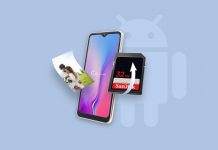 How to Recover Deleted Photos From an Android SD Card 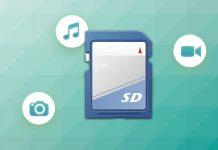